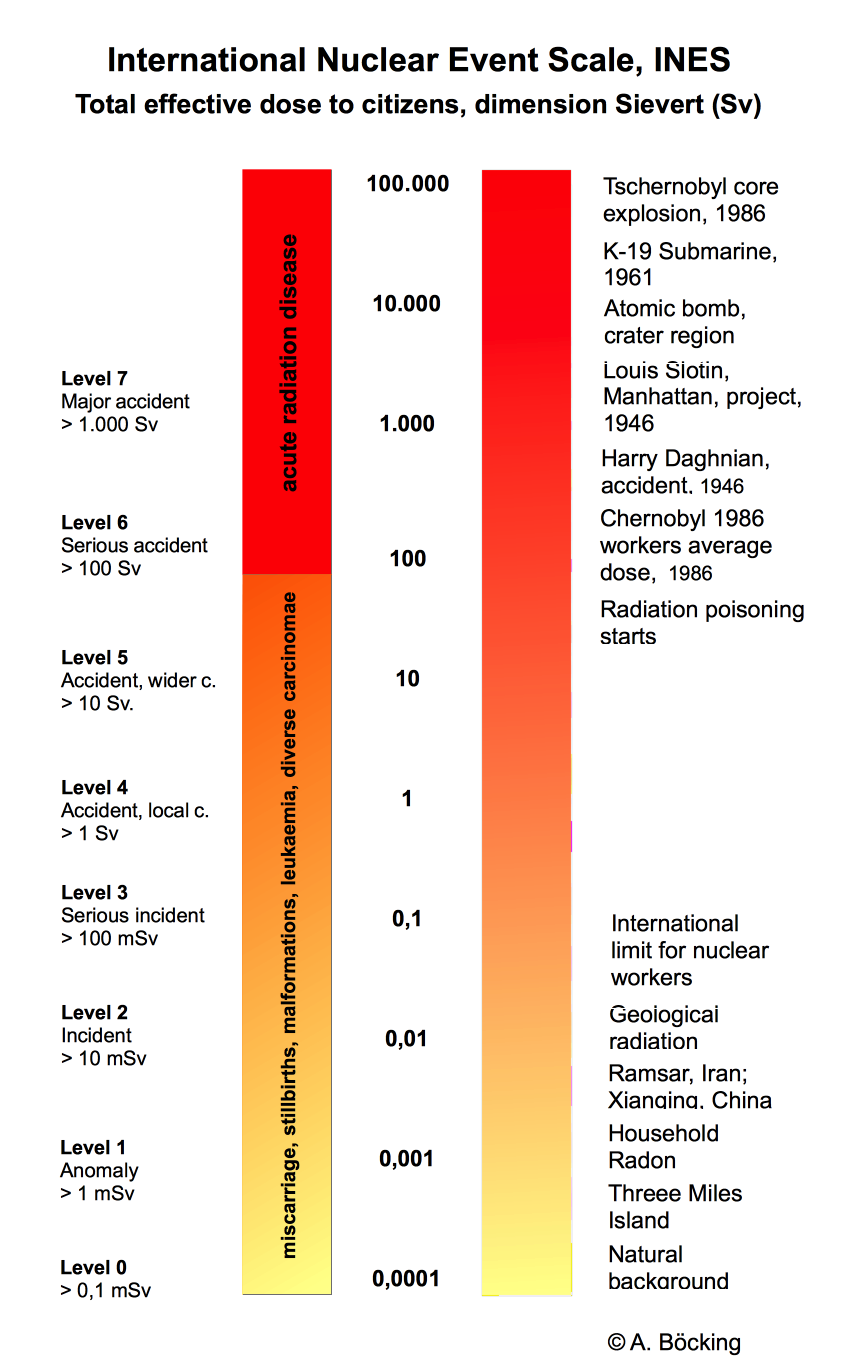 The International Nuclear and Radiological Event Scale (INES), as per margin (source: International Atomic Energy Agency, INES Rating Interactive Learning Tool, chapter "Dose", p 5 ), spans a range of seven levels of severity of 'nuclear events' with respect to the amount of their radioactive emissions. The intensity of ionizing radiation is called dose rate and given in the dimension Sievert per hour (Sv/h), see our explanation in chapter Gamma radiometry. For its noxious effects, however, only the dose, given in Sievert (Sv), is significant i.e. the intensity of radiation times the period while a person is exposed to the radiation. A one-hour exposition of dose rates defined by INES results in the following approximate dose values:

Radioactive substances, after a nuclear accident, are distributed by the atmosphere via dust particles. Hence it can be incorporated by inhalation or by swallowing. Both can widely be avoided since

An interactive map on health and environmental issues related to the nuclear chain is published by IPPNW. – We fight against the threat ever to have to add Tihange or Doel to the map!